Hospitals for Rhinoplasty in Malaysia 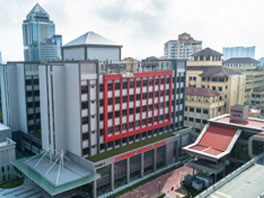 Malaysian Society for Quality in Health

If you have problems with breathing, chronic congestion or you would like to reshape your nose for cosmetic reasons, you may get nose job or rhinoplasty.

The procedure will also help your nose be in proportion with the rest of your face.

According to the ASAPS, it is a popular procedure as over 145,000 people went for nose reshaping in 2015.

If you are looking to go to Malaysia for a nose job, here’s what you should know:

How is a Nose Job Performed?

Rhinoplasty is often performed under general or local anesthesia and can be performed as:

Cost of Nose Job in Malaysia

A nose job in Malaysia costs between $1,500 and $4,000, depending upon the hospital choice, method of surgery, and the surgeon’s fees.

Nose job may be performed under general or intravenous sedation and local anesthesia; it takes1.5-3 hours.

Advised stay in Malaysia after a nose job: 2 weeks

Complete recovery: Can take 2-12 weeks, depending upon the kind of surgery performed. For instance, if the nose bone was broken during surgery, it will take longer to heal

There are some side effects that come with the procedure, some include swelling, bruising around the eyes and nose as well as some bleeding and nasal stuffiness.

As for the risks, there can be unsatisfactory nose shape as well as incomplete improvement, infections and asymmetry.

Listed on the right are hospitals that offer nose job in Malaysia.